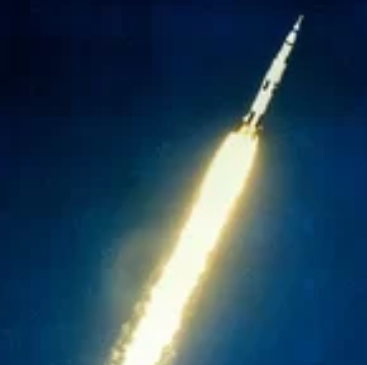 Note: When I pitched the following extremely tongue-in-cheek piece to TheFederalist.com, the editor there (probably wisely) took a pass, preferring a straight review of the movie instead. I dutifully wrote one of those (which you can see by clicking right here). I didn’t want to let this very politically incorrect parody go to waste, however, so it appears below.

In the enlightened #MeToo era, and the painfully tragic aftermath of Brett Kavanaugh’s shameful recent confirmation, the arrival of a motion picture with the outrageously insensitive title “First Man” is an insult to every woke woman worldwide. Why not wave a penis in our faces and then gang-rape us, Hollywood?

Also, the fact that this misbegotten movie is about a cis-gender American-citizen white hetero male whose sexual preference, nationality and race have not been altered to make the story more inclusive is a slap in the face of the LGBTQIA+ community, undocumented immigrants, and people of color everywhere. Just because the white-privileged and straight astronaut Neil Armstrong went to the moon is no reason for him to be played onscreen by Ryan Gosling, when there are plenty of disabled female African-American actors who are disgracefully underemployed. Ever hear of “equal opportunity,” entertainment elites? (At least Gosling is Canadian, which is a small step for internationalism.)

Also, the last thing that anyone in these #TimesUp times wants to see is a vulgar Saturn V phallic symbol thrusting into space from a state that cost Hillary Clinton the presidency (female-unfriendly Florida), guided by NASA Mission Control white men based in another one (hatefully intolerant Texas). Why not just go ahead and put Make America Great Again caps on every likely sexual predator who probably was "boofing" and secretly drinking in the control room?

Caveman-cretin conservatives have complained about how this movie does not show Armstrong physically plant the symbol of universal oppression—the American flag—on the surface of the moon. This admirable concession by the filmmakers to the idea that a single country has no right to take sole credit for the first successful lunar landing is one of the few good things about what otherwise is a paean to patriarchal so-called progress. American taxpayers may have funded research by American scientists to construct American-made technology manned by Americans for the Apollo 11 mission. But as the much-missed Barack Obama once noted about US entrepreneurs, “If you’ve got a business, you didn’t build that. Somebody else made that happen.” Likewise, the true credit for putting a person on the moon obviously should be shared with every other being that ever has existed anywhere at any time on our mother Gaea, including animals,plants and global-warming endangered coral.

Claire Foy (a Brit, thankfully) from Netflix’s “The Queen” plays Armstrong’s legal life partner Janet Armstrong, although she undoubtedly was paid far less than Gosling for doing so.

“La La Land” director Damien Chazelle ensured that a deserving female did not get to helm this project by taking the job himself. Ditto screenwriter Josh Singer, who adapted the book by James R. Hansen, another man. Seeing a pattern here, ladies? One of the executive producers is Steven Spielberg. Hey, Mister E.T. exploiter, how about phoning a few qualified women next time?

And while we’re on the subject of extra-terrestrials, why the Hela is it the “man on the moon,” anyway?